Penny and Isaac joined the Foundation in early 2015 after their daughter Billie-Grace was diagnosed with Kawasaki Disease in October 2014 at just 16 months old. After being misdiagnosed 3 times and being flown to another larger hospital they finally received the diagnosis on day 20. Billie went on to have heart surgery at 2 years old in Dec 2015 due to Kawasaki Disease.

Penny is our Tasmanian State Representative.

Isaac is our Tasmanian Event Coordinator and organises a few fundraisers each year such as the Heartfest CD, and Heartfest music events which have been very successful for the past few years. 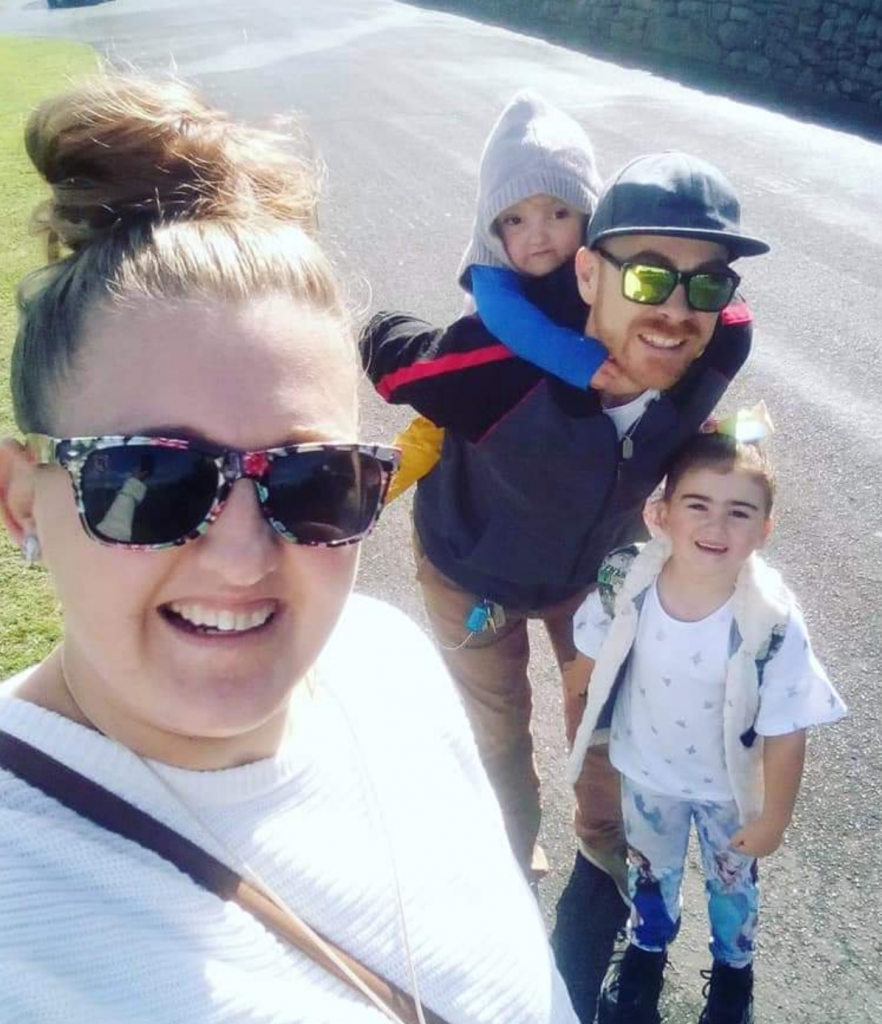 Our daughter Billie-Grace was almost 17 months when she was diagnosed with Kawasaki Disease. It all started when she had a runny nose for about a month. Then around the 8th October she had a very high fever. This lasted more than a few days, she had a bit of a rash at this time and the whites of her eyes were a little red, so we took her to the GP who then referred us to the Emergency department to see someone. We went straight there and within the space of half hour the rash got worse; it was really red and all over her body. The whites of her eyes got worse -they were almost purple, and she just didn’t really want to move and was irritable. This was around the 12th October. We stayed there until her temp went down and was told it was viral and if she still had a fever to go back to the GP in a couple of days.

She seemed to be getting better but still had fevers every now and then, the rash had subsided, and her eyes started getting back to normal. But then a few days later she started to develop redness under her right eye, so we took her back to the GP on the 18th. He referred us again to emergency and they did blood tests -this time while we waited and waited for hours– they were trying to get her temp down at the same time with fluids. They came back and told us that she will need to be admitted to do more tests and try and find out what was wrong. (18th October). We were admitted that night where they started her on a course of antibiotics. As this was the weekend not much happened until the Monday.  She had more blood tests, was on 3 different types of antibiotics and at this stage she had an ear and throat infection also. After a few days in hospital the ear and throat infection subsided but she still had redness around her eye and they put this down to Cellulitis and started her on a different antibiotic as she still had high fevers and wasn’t well at all. She didn’t want to do anything, didn’t eat and slept most of the day and was just so sick. Many, many blood tests later (almost every day) and even a CT scan they couldn’t explain the high temps. Isaac and I couldn’t do anything to help our poor baby girl and watching her go through this was the worst thing ever. She was in so much pain and we couldn’t do anything to help.

After a week at this hospital we were transferred to RHH( Royal Hobart Hospital) in the capital city (bigger hospital) (25th October) But only one of either Isaac or I could go with her and because I was still breast feeding and this was all Billie-Grace was eating I went. We got flown down in the patient transport plane and had to leave Isaac behind, this was so hard on myself as he was our rock and we were each other’s support through everything, and so hard on him seeing his daughter get flown down and not being able to see her or know what was wrong.

Being the weekend again not much happened till Monday where they continued with more blood tests and swabs. Nothing was showing on any of the tests so they decided they would send us for an Echocardiogram (ultrasound on the heart) and MRI on Wednesday 28th October .That afternoon they told us MRI was clear but Echo scan showed that one of the arteries to her heart had an bubble (aneurysm) on it, and she was then diagnosed with (Incomplete) Kawasaki Disease (due to not showing the normal signs of KD). 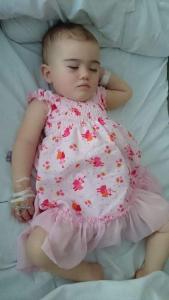 My world just was shattered in this moment, what was KD?? What did this mean? I rang her dad and told him what was going on and that they had to treat it with Immunoglobulin- a blood by product given through an IV drip. They took her off antibiotics and gave her the IVIG straight away over 10-12 hours and started her on aspirin (a blood thinning medication) She immediately seemed to feel better and was up playing and almost back to her bubbly self. We stayed the next couple of nights just to make sure she didn’t have a reaction to the aspirin and got discharged on the 31st of October.

For the following 4 months she was on  aspirin and Warfarin daily and had quarterly cardiologist appointments.  Our little girl was the typical toddler climbing everything and running around with her friends. We kept her home for a few weeks post Diagnosis but then she was back at childcare a few days a week and enjoyed it!!

One of the scariest things that the doctors had said to us was that our baby girl could potentially have a blood clot and have a heart attack if not monitored properly…….. This statement haunted us and was hard to get it out of the back of our minds.

Fast forward to the month of February and our first appointment with the Melbourne cardiologist and a follow up echo on her heart.

The scan took about 45mins and we sat down with the doctor afterwards and he told us that we were the worst-case scenario and fell into the 1% category and that our baby girl had multi giant aneurysms on both sides of her heart. Much, much worse than when she was in the hospital and had the first and second scans. At this point we were freaking out and didn’t know what to say.  He told us that he would consult with his peers and bosses in Melbourne as to what to do next. Because the aneurysms can shrink and grow in the first year from diagnosis, he said that we will not have to go to Melbourne for more extensive treatment unless she looked like she was getting worse.  We were told to keep a closer eye on her, keep her medication in check and do a CPR course as she is in a high-risk category for a heart attack. Also keep up with monthly appointments and 3 monthly echos and ECGs. This was devastating news and to just sit here and wait till October rolled around was hard to do. This was a very scary experience for everyone involved and we weren’t happy with the little information we were told by the doctors here and were so glad that we have doctors from Melbourne now to answer some more questions that we had about it all.