Following the youngest of her three children, Quinn, being diagnosed with Kawasaki Disease at 13 months old at the end of 2011, and then a second time at 18 months old in mid 2012, Bec organised a fundraising event through the Melbourne Marathon Festival to raise awareness of KD. This continued to actively joining the Foundation to increase awareness of KD in the community and to support other families experiencing the rollercoaster of KD. Bec currently admins our community group on facebook, and has represented the Foundation at local and international events. Bec’s professional background is in social work, mental health, and human resources. 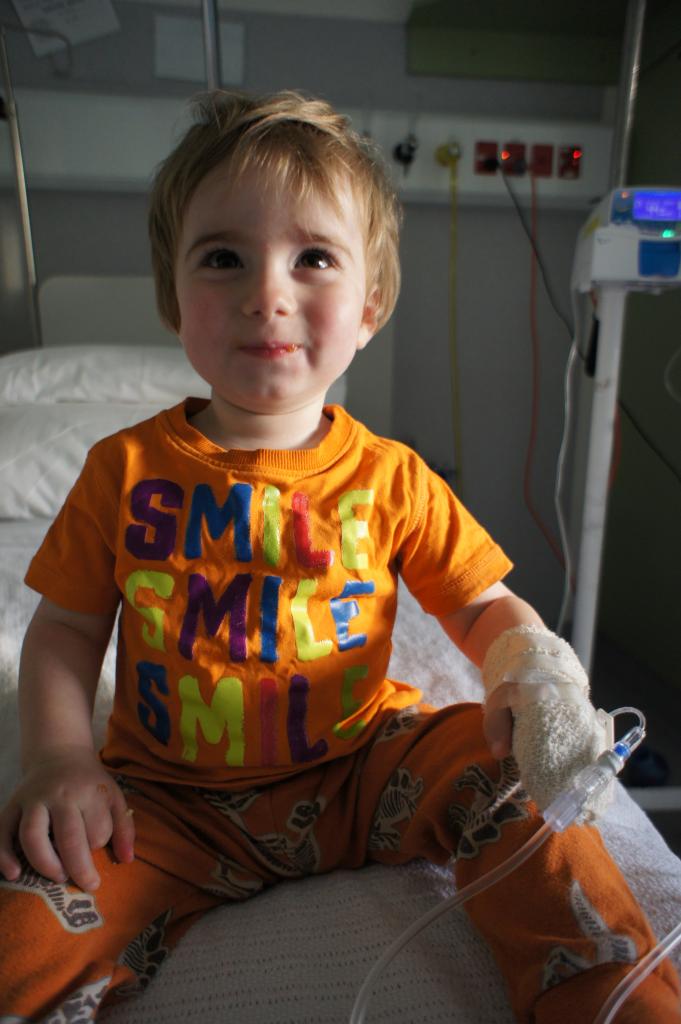 It was December 2011 and Quinn had routine immunisations for Measles/Mumps/Rubella, Hib4, and Meningococcal. Four days later he vomited. This was nothing unusual as vomiting was a regular event. The next day he was unwell and had a poor appetite but had not vomited again. The following evening, he came down with a high temperature, and now knowing about Kawasaki Disease, I refer to this as day 1 of his KD symptoms. At the time, my initial thoughts were that it was a reaction from his immunisations, as I had been told that he could develop a rash or fever up to 7-10 days later. Day 2 saw more high temps, with a window in the later afternoon where he seemed ok, only to go downhill again with further temps and lethargy. Day 3 he developed a rash, and still had a high temp. The doctor diagnosed a virus, prescribed antibiotics, and ordered blood tests and a chest Xray as he was concerned that he had pneumonia. By the evening, the rash progressed, and he was still lethargic with a high temp so off to emergency we headed, where his rash developed even more. It became so severely red that he looked burnt. Despite his symptoms, we were sent home with a diagnosis of a virus. Day 4 and 5 the fever, lethargy and poor appetite remained. He slept for most of the day but wasn’t any worse. Again, he had a window in the later afternoons where he seemed like he was improving. Day 6 was by far the worst. His health deteriorated further. His eyes were red. His lips were dry, cracked and bleeding. Back to the hospital, where he was firstly given IV fluids for rehydration and blood tests done. The paediatric registrar doctors went through a number of possibilities which included meningitis, glandular fever, pneumonia, tonsillitis and Kawasaki Disease.

Despite Quinn being unwell and non-responsive, he also had periods of emotional distress, unable to sleep, high temp remained, and his breathing and heart rate dropped dramatically resulting in a medical emergency call and response. It was 2 o’clock in the morning. I wanted to bawl my eyes out but I was stunned, in shock, was he going to survive? I was crying on the inside but had no tears to show on the outside. They took Quinn into another room to further assess and treat him. Thankfully, he was going to be ok. Day 7 high temp continued. We were just in a waiting game for tests to come back and shed some light for a diagnosis, and the medical team were expecting some improvement by now. We had Christmas carollers visit all the kids on the ward which was lovely. Santa came at some point too thanks to Starlight Foundation. Day 8 resulted in more blood tests, chest Xray, urine sample, stool sample, and lumber puncture. Today was the first day his temp dropped to a normal range, though it spiked again during the night. Day 9 was diagnosis day! Every test had come back negative. It was down to elimination, and Quinn’s presenting symptoms, which fitted the criteria of Kawasaki Disease. IVIG was administered over 12 hours to treat the KD and then we waited for 24 hours to ensure the high temp did not return. Once the IVIG had finished, the improvement was incredible! On day 11, which was also Christmas Eve, he was discharged. Our hospital only had a monthly visiting paediatric cardiology service, so he was unable to have an echo during the acute phase whilst in the hospital, and as services were closed over Christmas, we had to wait till they reopened in the new year, hence it was day 23 for the first echo. Thankfully, this came back clear with no coronary damage detected. Two further echoes also showed no damage, and he was given the ‘all clear’. 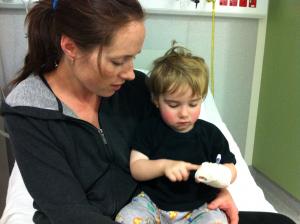 Fast forward to May 2012, and Quinn developed a rash, was unsettled and hot to touch. This was day one of the first symptom of what would be his second case of KD!! Day 2 his rash worsened, he was lethargic, sleepy, had swollen hands, and a high temp. His doctor suspected a KD recurrence, but his paediatrician dismissed it as a virus. By day 4 his rash increased. By day 5 he had a huge swollen gland in his neck. The GP diagnosed him with a swollen salivary gland and a virus. I knew that it was KD again, but no one wanted to take me seriously as they all believed you couldn’t get KD more than once. By day 8 Quinn could not weight bear. A kid that had been running and climbing, now couldn’t walk, and could barely even lift his head up. I was still told it was a virus. I knew the optimum treatment for KD was within the first 10 days, so on day 9 I took him to emergency. Not one person believed he had KD again. It was such a frustrating process. His blood tests indicated inflammation or an infection, so he was admitted for further tests. Day 10 resulted in a hip and leg Xray. KD was again dismissed. His main symptom by this stage was his inability to weight bear. Coincidentally on the TV in the evening was a segment about Kawasaki Disease on the show Catalyst! Day 11 included a traumatic bone scan, which showed inflammation of his hip. Day 12 he was discharged with steroids. Quinn continued having pain, pale skin, and mobility issues. The steroids and pain relief did not improve this. I continued to take him to the GP and paediatrician. On day 24 I finally felt the paediatrician listened to me and was finally considering KD again. I emailed him some photos of Quinn’s symptoms and he sought the opinion of another specialist. He sent me a text message that evening to say that they believed Quinn had KD again and needed to be readmitted to hospital. I was furious!!! But relieved that he was going to get appropriate treatment, albeit late! Day 25 he was administered IVIG once again and following the completion of this he was able to walk! Day 28 he had an echo and ECG which were both clear, however a follow up echo 2 months later showed dilated arteries consistent with KD. No one could argue now that it was not a KD recurrence! Over a few years, the dilatation regressed to ‘normal’, and he’s had no further complications.